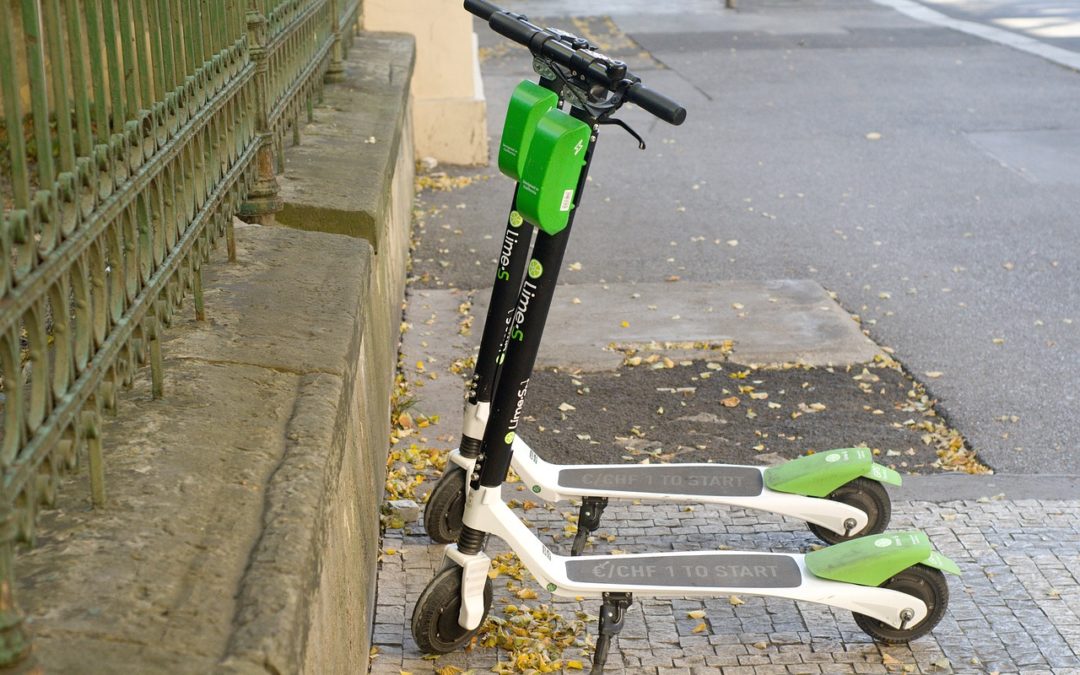 This weekend I went to Prague and we saw what appeared to be motorised scooters that have become more and more popular in the big cities on the sides of the streets just sitting around and curiosity got the better of me so we decided to give it a go.

Going up to the first scooter we read the front of it and it asked you to download the app so if you don’t have the app and are not somewhere you phone has signal think about this before leaving a wi-fi zone.
Once you have the app you add in your payment details and you are good to go. It is super easy. It doesn’t tell you how much it costs but after looking at the website it says “Just $1 to unlock, and $0.15 every minute to ride!”
This doesn’t take into account the currency differences so the cost may vary. We went out for 3 trips (i.e. stopped and started 3 times) and travelled 15.8km for an hour and 58 mins and it cost us 317kc. (£10.52 or $13.90). Overall it was very cheap.

So what was it like? it was so much fun I could have been travelling to anywhere and it wouldn’t have mattered it was like playing around on a Segway but more dangerous and with no instructions. The Cobbles of Prague did not do well for us as it made your whole body shake from your spine through your teeth all the way to your brain, but the regular roads were amazing. That’s the other thing it tells you in the instructions to ride the scooters on the roads and the cars just treat you like traffic. (I am sure they ‘love’ the addition of the scooters but mostly we tried to stick to bike lanes. They do go pretty fast we were going at a top speed of 25km per hour. I have the say it was like being a kid again and socially acceptable.

The great thing was when we were done we just signed off and took a photo of where we parked the scooter for the next people to find it. You can literally park it up anywhere on sides of roads or parks or pavements which saves the hassle of finding a parking spot. If you decide you want to go on one and there are none nearby then the app shows you where there are more parked up and lets you know how well charged up with power they are. I really think that they will take off and you will see them in all the big cities in the near future.

The scooters have even provided a nice side hustle for some switched on people as if you charge them up then the company will pay you. The concept is called Juicing. You can get chargers for these scooters then you go around and find them and take them home and charge them up. You are paid between $5-$7 per scooter that you charge and a full charge can take up to 6 hours to charge. There are some great benefits to this job as you can do it at your leisure and you are paid out every day. However the scooters do have to be all ready for use by 7am the next morning and there are penalties for lateness and there is the issue of finding them all to bring them home to charge. If you live pretty central then I do think you can make some good money doing this.

Overall I think that Lime-S have got the right idea and will be made for life with this idea. Great product and source out the labour on them – Genius.