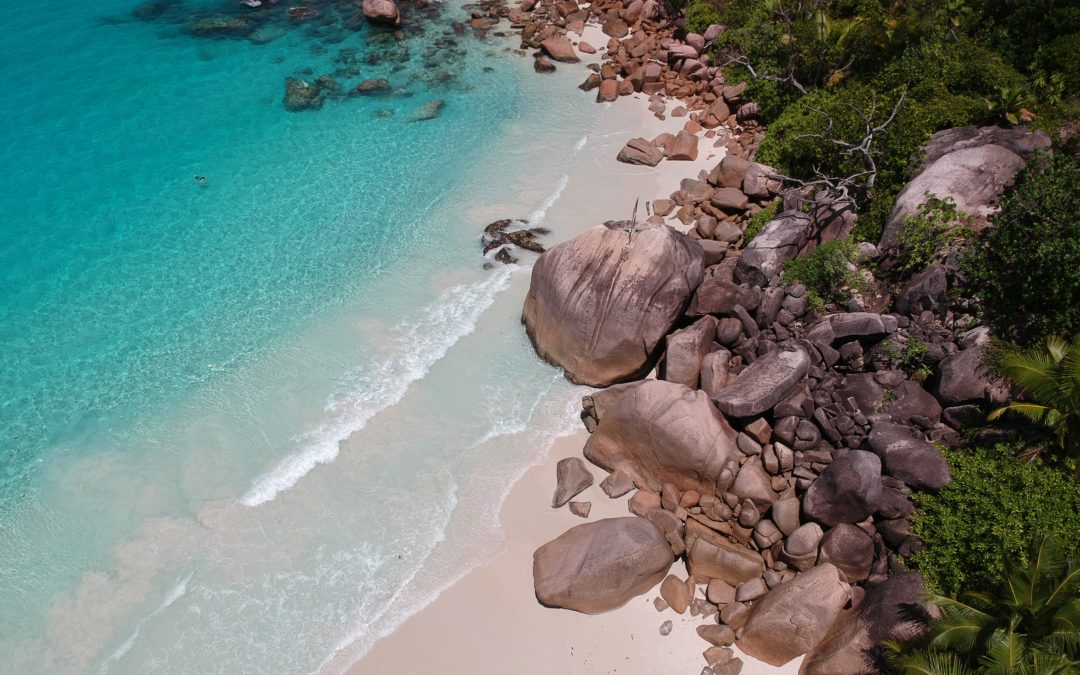 When travelling to a new place I like to find out a little about the area and what has happened there before. I think it is an important aspect of understanding a culture you visit and getting the most out of your trip while still keeping respect for the local area, customs and people.

Seychelles is made up of around 115 islands with the island of Mahe being the largest and home to the capital city of Victoria. Mahe is the largest island in Seychelles and plays home to 86% of the country’s population. The island was named after Bertrand-Francois Mahe de La Bourdonnais who was a French governor on the Isle de France or what is now called Mauritius.

Seychelles was uninhabited for most of recorded history however it was believed that the islands were first inhabited by seafarers as there were many graves upon the island found when the British East India Company started to explore the islands. The first recorded landing on the islands was in 1609 when the crew of the ‘Ascension’ under Captain Alexander Sharpeigh took his crew ashore to have a look around.

For the next few years, the islands were said to be used by pirates as a stopping post between Africa and Asia until 1756 when the French decided to take control of the islands. The islands were named after Jean Moreau de Seychelles the Minister of Finance in France at the time.

The British turned up to the island in 1794 and in just one day Seychelles has surrendered to Britain. The French administrator of Seychelles refused to go to war with Britain over the islands and instead drew up an agreement where the British could come and live on the island in a privileged position. However, by 1810 the Brits decided it was time to take full control and by 1814 Seychelles became a crown colony. Democracy was introduced and the first elections were held in 1966 and 1970. When Britain gained control of the islands they allowed French upper class to retain their land. Both French and British settlers used enslaved Africans and event after the British prohibited slavery in 1835 African workers still continued to come to the islands. At this time the British also employed Indians on indentured servitude which has resulted in a small Indian population.

In 1976 Seychelles gained its independence from the British however remained a member of the Commonwealth and started to become a hot stop for tourism and the rich and famous. In 1979 the country became a Socialist one – party state where they wanted to keep the islands for themselves and not rely so heavily on tourism.

There were many coup attempts against the President Rene which brought different countries to the aid of the people. In 1981 43 South African mercenaries masquerading as holidaying rugby players supported a coup which ended in gun fire at the airport. Most of the mercenaries escaped by hijacking an air India plane and when they stood trial for their crimes at home were acquitted.

In 1986 the minister of Defense for Seychelles, Ogilvy Berlouis started a coup that brought President Rene to bring in the Indian armed forces to assist him. Finally in 1993 a draft of the new constitution was passed and a multi-party system was introduced and President Rene stepped down in favor of his vice president.

The island’s history has resulted in a beautiful mix of Chinese, Indian, African and European cultures that have created what is called Creole. This blend has made for some amazing food to be discovered and an amazing fusion of people and culture.