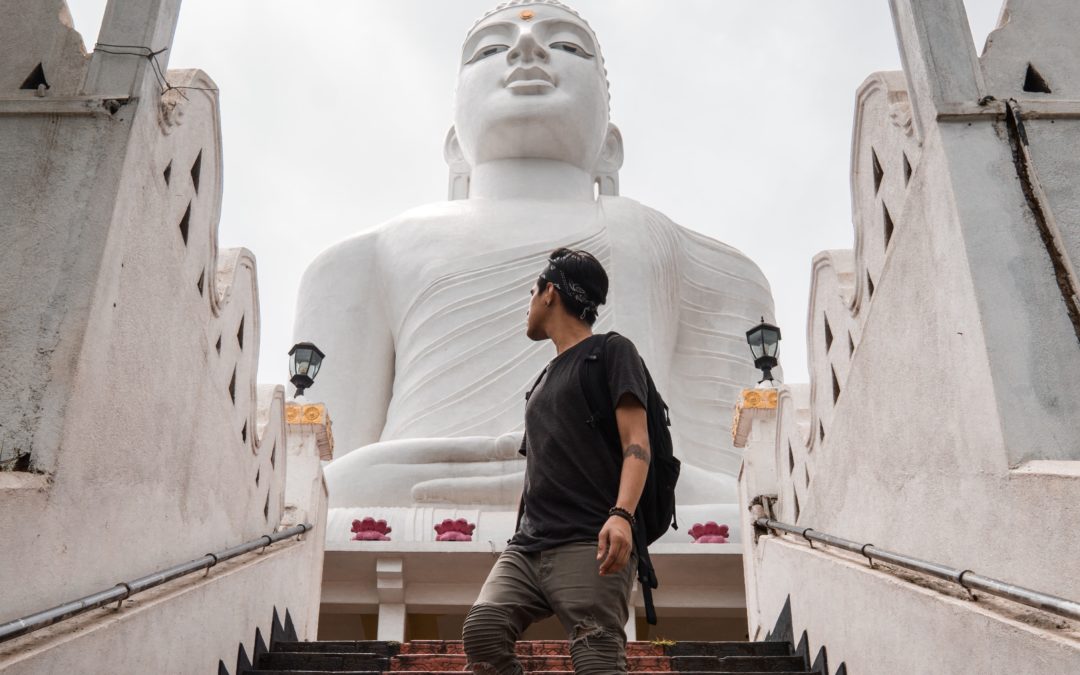 When you speak to the locals they will tell you that they are 4 religions who live in harmony in one country. However, the biggest population are the Theravada Buddhists who take up around 70% of the population. However around 12.6% are Hindus, 9.7% are Muslims and 6.2 % Christians. Due to the majority of people being Buddhist, it is considered the state religion and this is mirrored through all of society including special laws and protections in the constitution to protect the traditions of the Buddhists culture and beliefs. However, in trying to keep the island harmonious and fair there is also the freedom of religion right to equality among its citizens.

Religion is a real and regular part of everyday life in Sri Lanka and in 2008 Sri Lanka was the third most religious country in the world.

Buddhism was brought to the island in 246BCE by the son of the Indian Buddhist emperor Ashoka who converted the king. Ashoka then sent his daughter across to Sri Lanka who established the order of the Nuns and planted the sapling of the Bodhi tree. The Bodhi tree is the tree in which Siddhartha Gautama the spiritual teacher who later became known as Buddha is said to have attained enlightenment or Bodhi. From this point on the royal families became the biggest influence over the religion helping the missionaries to spread their message around. They started to build temples and monasteries and around 200 BCE Buddhism became the official religion of the island. In the 4th century, the sacred tooth relic was brought to Sri Lanka. According to Sri Lankan legends when Buddha died in 543 BCE his body was cremated in a sandalwood pyre at Kushinagar and his left canine tooth was retrieved from the funeral pyre by his disciple, Khema. It then became a royal possession in India and the belief grew that whoever had the tooth relic had divine rule over the land. Much fighting occurred because of this tooth and eventually, it was brought to Sri Lanka and put in a temple to keep it safe. Although Buddhism was born in India, Sri Lanka has the longest continuous history than any other nation. Although during European reign the religion did have a time of decline some of the monks upon the independence of Sri Lanka started a revival which became a successful movement in the Buddhist movement.

Today you can see the beautiful Buddhist temples and religious monuments all around the country that have become an amazing pull in the world of tourists and explorers. Many of the temples will charge you a small fee to enter and require you to have no shoes on and shoulders and legs covered.