Iceland – The Viking history of Akureyri 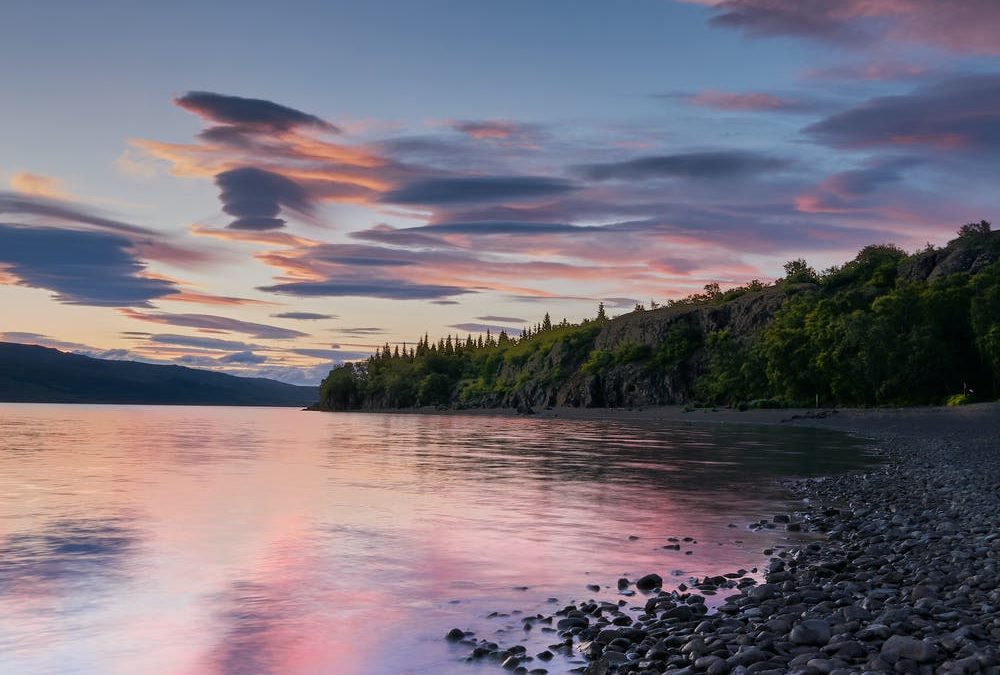 Akureyri From then till now…

Akureyri is a small Viking settlement that was established in the 9th century, but the town was officially charted in 1786 and is Iceland’s second-largest city. Many have nicknamed the city ‘The Capital of North Iceland’. Despite its size, Akureyri is the ultimate destination for idyllic charm, mysterious Norse myths and breathtaking landscapes.

According to a medieval manuscript Landnamabok Norse Viking Helgi Magri sailed into the Eyjafjorour fjord around 890 A.D and settled in the area, the next records we have of the area is when the Danish used the town as a trading post in 1602 and then in 1778 the residential houses started to be built. There were a total of 12 inhabitants and so the town wasn’t very prosperous and in 1835 the town lost its trading license. It took till 1862 for the town to get its license back and the town eventually started to bloom.

You can still see today how the first settlers used to live by visiting the Old Farmhouse Laufas, a site that was developed in the 19th century and modelled how the people used to live. You can visit a quaint farmhouse that still plays home to many household items and utensils that day back to the turn of the 20th century.

Outside of the town nature has been very kind to the lands as the views are like nowhere else in the world with the most amazing waterfalls, lakes and lush greenery. One of the most amazing attractions that Iceland has is Godafoss falls which is a 98 foot wide that curls around in a horseshoe shape making 2 magnificent waterfalls that are one of the must-see places in Iceland.

The other must-see item of Iceland are the geothermal pools. The Myvatn region has 14 square miles of water and wetlands filled with rock pillars that were formed in a volcanic explosion two and a half millennia ago and proud in the centre of the area is the beautiful Lake Myvatn. Throughout the area, there are natural baths heated by geothermal waters rising from a deep fissure in the Earth’s crust. Be careful if you are going to go to wild hot springs as some are so hot that they will severely burn you so do the research first or get some local guidance.

When in Iceland make sure to try the local cuisine and no trip to Iceland is complete without trying hangikjot, a smoked lamb dish that is so good. Or try a pylsurwhich is an Icelandic hot dog that is served with raw and fried onions, tomato sauce, mustard and roulade. Of course, no food tasting is complete without first trying the local liquor and Iceland’s Brennivin is the national liquor of Iceland and is an unsweetened schnapps.

The town of Akureyri is a delightful place to explore in its self with Gongugatan a great place to get all your shopping, gifts and souvenirs. There are also some lovely cafés to rest and enjoy some local food and drinks on your journey. Sat on the edge of the Arctic its magical charm friendly people and idyllic surroundings will have you never wanting to leave.