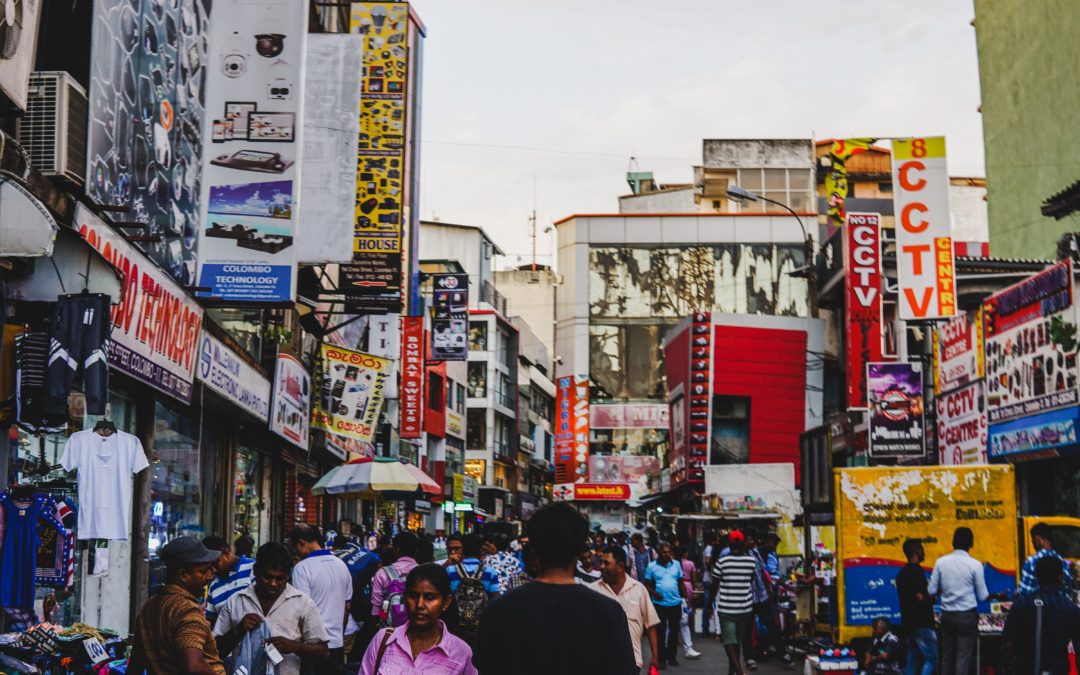 Colombo is the largest city in Sri Lanka and the commercial capital holding around 5.6 million people. Colombo is a busy city full of life and overflowing in ancient and modern history. The name Colombo comes from the Portuguese and is believed to have translated back to ‘port on the river Kelani’. Colombo has always been a point of trade for the island and has been trading with the Indian, Persian, Greek, Roman, Arab and Chinese for over 2000 years.

The island has been under many different rules and ways of life. In 1505 the Portuguese arrived and made a deal with the local king to harvest their cinnamon and have control of there coastlines in return for protection for invaders. In a short space of time, the Portuguese took over the island and expelled off the island all that they didn’t want there.  The king tried to get their country back and so in 1638 he signed a deal with the Dutch to help in their war against the Portuguese and after years of war, the Dutch prevailed leaving only 93 Portuguese people left on the island who were given safe conduct in the fort of Colombo. Although the deal had been to give the country back to the king they found the profits in the cinnamon fields and took control of the lands. Colombo became the capital of the Dutch Maritime Provinces until 1796.

In 1796 the British found this beautiful island and wanted to add it to the British Empire. Colombo became the military outpost for the British military and they named the island British Ceylon. The Brits look took the local traditions and ways of ruling and swapped them out for their own ways. A man by the name of John MacDowell held office at first governing over the area until the locals were ‘trained’ into self-governance with the British way of doing things but the local people. In 1866 the first council meeting was put together and together they started to develop the island. There were houses and pathways and trams and infrastructure put together bringing the island into a new era. In 1948 Ceylon gained independence from Britain in a very peaceful way and took up its name of Sri Lanka. As you travel around Sri Lanka you can still see many signs that say Ceylon on the buildings. The name is often familiar to people as when the country was Ceylon is produced some of the most amazing tea.

Today as you walk around the city of Colombo you can see the influence of the islands past in the architecture, clothing, food and attitudes of people. Colombo is Sri Lanka’s commercial centre that is ever-changing and as it becomes more and more popular with tourists and more money goes into the city it becomes more modern. The beautiful old buildings mix with the new modern ones makes the city a fascinating place to see and visit.